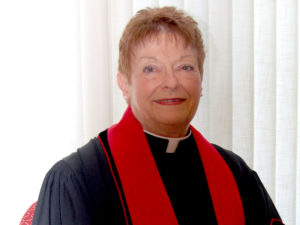 A native of Peoria, I have been blessed in many ways. My home church, Arcadia Avenue Presbyterian Church in Peoria, IL, launched me on my road to the University of Dubuque Theological Seminary. I earned a M.Div.in 1997 and was awarded a D.Min. in 2007. I began my ministry as an Associate Pastor at Calvary Presbyterian Church in Round Lake, IL then on to four churches in Whitewater Valley Presbytery in Indiana. In addition to serving churches, I am also a Hospice Chaplain serving in most locations before coming home. The passion for this work began at the Cancer Treatment Center in Zion, IL and two residencies at Northwest Community Hospital in oncology. I retired in 2014 and became an Interim Pastor for Great Rivers Presbytery serving in Farmington, IL and now Washington, IL. I now live in Pekin, IL with my feline friend, Stinky. Before all this, I was in the Thoroughbred business for 18 years, one of my greatest joys. I saw God in the beauty of nature and God’s creation bringing many new foals into the world. It was a part of my life that holds a special place in my heart. For fun, I enjoy downhill skiing in the Upper Peninsula of Michigan, quiet afternoons to read and relax. 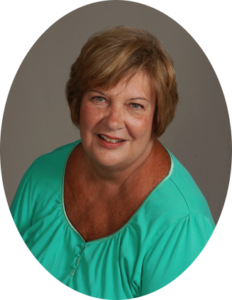 I have been the Administrative Assistant at Washington Presbyterian Church for nearly 20 years. This is my second career as I retired after 30 years as a Certified Dental Assistant. I was born and raised in Bloomington, Illinois and moved to Washington in 1975. I am a wife, mother, grandmother and a great-grandmother. I enjoy spending time with my grandchildren and watching them in their various sporting events and extracurricular activities. My husband and I spend our summers at home relaxing by our pool and watching the grandkids and their friends swim. We enjoy having family and friends over for cookouts and swim parties. The winter months seem pretty long, but I enjoy reading, cooking and baking and am still a “Taxi” service for my grandchildren on occasion. I love to sing and sing in the church choir with two of my granddaughters which is very special to me. It makes me very happy to be part of this church family. I guess I will be here until they ‘kick’ me out or God decides it͛s time for me to go! 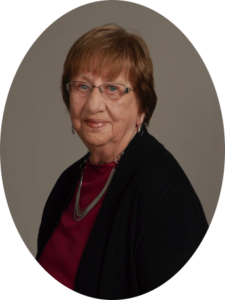 Our own Ann Tharp began her musical career taking piano lessons every Saturday at the tender age of 7 near her home town of Ackley, Iowa, in Steamboat Rock, Iowa until the age of 12. After that, with her musical interests aroused, she continued practicing but was self-taught, playing at her local church and while working at a neighborhood bank starting at the age of 18. She married Russell Tharp in 1952, and honeymooned in San Francisco, California… as Russell was preparing to be shipped out to Korea with the U.S. Army. They moved to Washington, Illinois in 1956 where she became the Organist at WPC until Russell’s job moved them to Calgary, Alberta, Canada in 1967. She returned to Washington in 1969 once again as the Organist, a Choir Member, and eventually became the Pianist and Director of the Choir as well as the Director of WPC’s Bell Choir. Ann enjoys spending time with her daughter Jean, son Bob, her grandchildren, and her friends. She also enjoys cooking, gardening, antiquing, decorating, upholstering, tole painting, and of course, researching new musical pieces for the WPC Choirs to entertain our congregation. 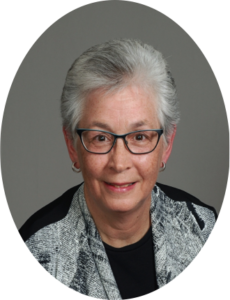 Serving as organist since November 2008 is Carol Dorward. The native of McClean County, IL came to Washington in the fall of 1970 to teach at Washington Community High School where she was employed as a teacher of Home Economics, now referred to as Family and Consumer Sciences. She retired from that institution in 2003. Presently, she teaches one class at Bradley University. Organ music has been a major part of her life, commencing at about 14 years of age when the wife of a local band teacher, Elizabeth Baptista, introduced her to a pipe organ. In the intervening years, Roberta Chambers (Lincoln Christian College) and Rachel Mahue (Peoria) have assisted in honing her skills. Her added interests do include gardening (she was raised on a farm), costume work (having costumed 16 productions for Washington Community High School and, occasionally, assisting with Corn Stock, Peoria Players, and East Side theaters). She also pieces together quilt tops of which many have been donated for mission work. She has authored several articles, published by the Tazewell County Genealogical and Historical Society, relative to the history of Washington. Her late husband was Donald L. Doward.